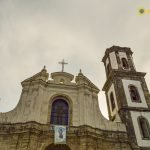 Convent of St. Francis and Anthony

The Convent of St. Francis and Anthony (Convento San Francesco e Sant’Antonio) is one of the most famous landmarks of the town. You can see the artists’ mastery through different elements, such as the central door, the choir, and the artistic nativity scene with shepherds from the 18th and 19th century.

The Convent is also a symbol of the town’s community strength, which actively contributed to the reconstruction of the bell tower and enlargement of the lower section of the church following the 1980s earthquake in Italy.

The Convent is an ancient building that was originally devoted to St. Mary (Santa Maria di Gesù). The building overlooks a square dedicated to St. Francis (Piazza San Francesco), the site of an important cattle market in the Middle Ages. The Franciscan Convent is dedicated to Saint Francis of Assisi and Saint Anthony of Padua and the architectural complex comprises of two buildings flanked by the bell tower, made of travertine, and rebuilt after the major earthquake in Italy in 1980.

The inside is richly decorated with different works of art, such as sculptures from the 16th century, the crypt where several relics are preserved, the Adoration Chapel, and the mosaic of the Planisphere. Next to the church, the Order of Friars Minor hosts a prestigious library where more than 13.000 volumes from the 15th century to modern days have been collected.

From the Convent you can admire St. Francis Square (Piazza San Francesco) and easily reach other landmarks, such as the Basilica of St. Mary of the Elm, the Borgo with its Portici, the Duomo and the Town Hall.

The Convent is famous for having the largest censer in the world, bathed in silver and with a weight of 70 kg.